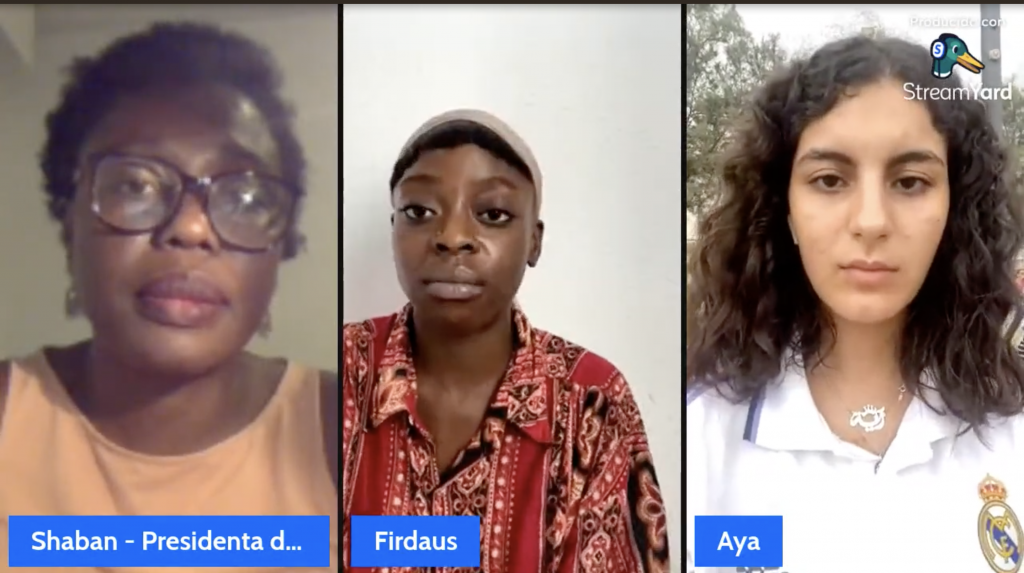 ENWAD- is a European Network of Women of African descent that empower young people and immigrants’ families. We advocate for anti-racism policies, Zenobia, hate speech and gender equality in an intersectional approach.

Our speakers were Ms Firdaus, (a young social media content comedian) and Ms Aya, a (secondary school student and activist in the ENWAD network) and the moderator Ms Shaban co-founder of ENWAD. Discussions were centred on two thematic: (1) what is like to be a woman and young person of African descent. And (2) what we really want to see happening. The changes we would like to see in our society.

-Firdaus explained her experiences and gave some recommendations for the authorities. Amongst other were the focus on quality employment for minority communities and in particular women and young people of African descent. For the government to take initiative on sensitisation companies on the benefits of having a diverse workforce and employing black and brown people.

She argues the authorities to per a particular attention on diversity education the same way they are doing for the feminism movement. She said that the cultural and values ethics classes should not only mean playing and sitting that with students from different background in class and in the playground or having a white teacher teaching about racism.

But having black teachers and professors teach about Racism, Zenobia and hate speech. Mainstream the teaching of diverse cultures in schools and making them a priority.

This website uses cookies to improve your experience while you navigate through the website. Out of these cookies, the cookies that are categorized as necessary are stored on your browser as they are essential for the working of basic functionalities of the website. We also use third-party cookies that help us analyze and understand how you use this website. These cookies will be stored in your browser only with your consent. You also have the option to opt-out of these cookies. But opting out of some of these cookies may have an effect on your browsing experience.
Necessary Always Enabled
Necessary cookies are absolutely essential for the website to function properly. This category only includes cookies that ensures basic functionalities and security features of the website. These cookies do not store any personal information.
Non-necessary
Any cookies that may not be particularly necessary for the website to function and is used specifically to collect user personal data via analytics, ads, other embedded contents are termed as non-necessary cookies. It is mandatory to procure user consent prior to running these cookies on your website.
SAVE & ACCEPT